There Are a Lot Of Lonely People In College

When I Googled “lonely Berkeley,” I found several reddit threads of students expressing crushing loneliness at UC Berkeley. In this one, titled “Feel so lonely I could cry,” the author describes how “I study alone 24/7 and walk home alone and cry alone everyday.” The comments section is filled with dozens of people sharing similar stories. Several of them kindly invited the author to get coffee, or to study together. Others offered ways that they cope with their own loneliness.

Sadberkeleygirl is not alone in feeling lonely. There are a lot of lonely people in college. Hopelab’s National Survey of social media use behaviors and mental health among young people characterized loneliness by asking survey participants age 18 to 22 years old (within the survey population of 14 to 22-year-olds) how often each of them identified with these statements:

There are a lot of lonely people in college, and few of them think anyone around them experiences the same sort of loneliness they do. We don’t learn or openly talk about loneliness, so how could they?

This lack of awareness about the scope of loneliness in college is reflected in recent research by Dr. Kali Trzesniewski and Dr. Susan Ebeler from UC Davis. Their survey of first year students found that 47% said it was somewhat or a lot harder to make friends than they expected. Even more staggering, 55% said they felt that other students were making friends more easily than they were.

No one, including myself, wants to admit that they are having a hard time making new friends or strengthening existing relationships. Surely that would suggest there is something fundamentally wrong with you. We think friendship is supposed to be magical, and shouldn’t require effort—especially when you get to college, where you’re supposed to meet lifelong friends in the first week. At least that’s what social media tell us.

It doesn’t come as a surprise that, according to science, this simply isn’t the case. Relationships, including friendships, are not magical. They require practice taking risks and getting outside of one’s own comfort zone.

Sadberkeleygirl felt so alone that she went home and cried every day. She felt like she was the only person at Berkeley who didn’t feel confident and comfortable with their social life. After posting to reddit, she was shown that not only were other people experiencing those very same emotions, they also wanted to put in effort to develop friendships with her.

If we all recognize that most people need a little help making new friends, and access to the resources that provide us with that help, maybe we could all be a little less lonely.

About the Author:
Lena Bertozzi is a senior at UC Berkeley studying Public Health and Data Science. She is passionate about working at the intersection of health, tech, and design to expose and address health inequities with innovative technologies. She is a research intern at Hopelab this summer, working on our project to empower young people to build satisfying social connections. 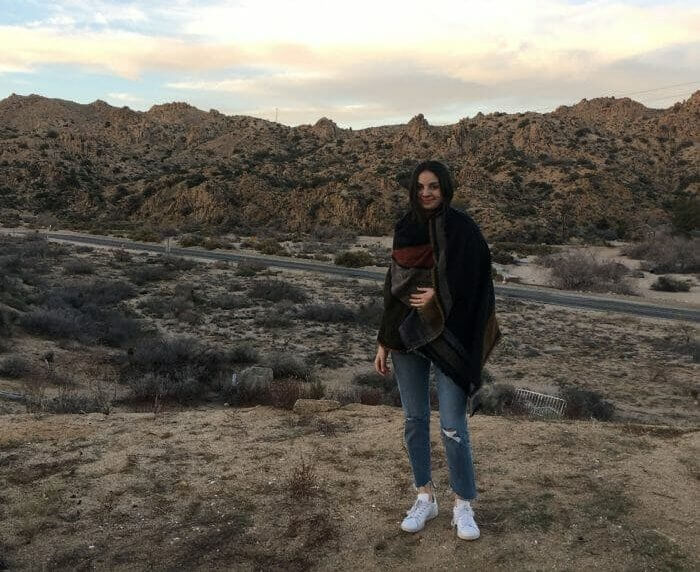